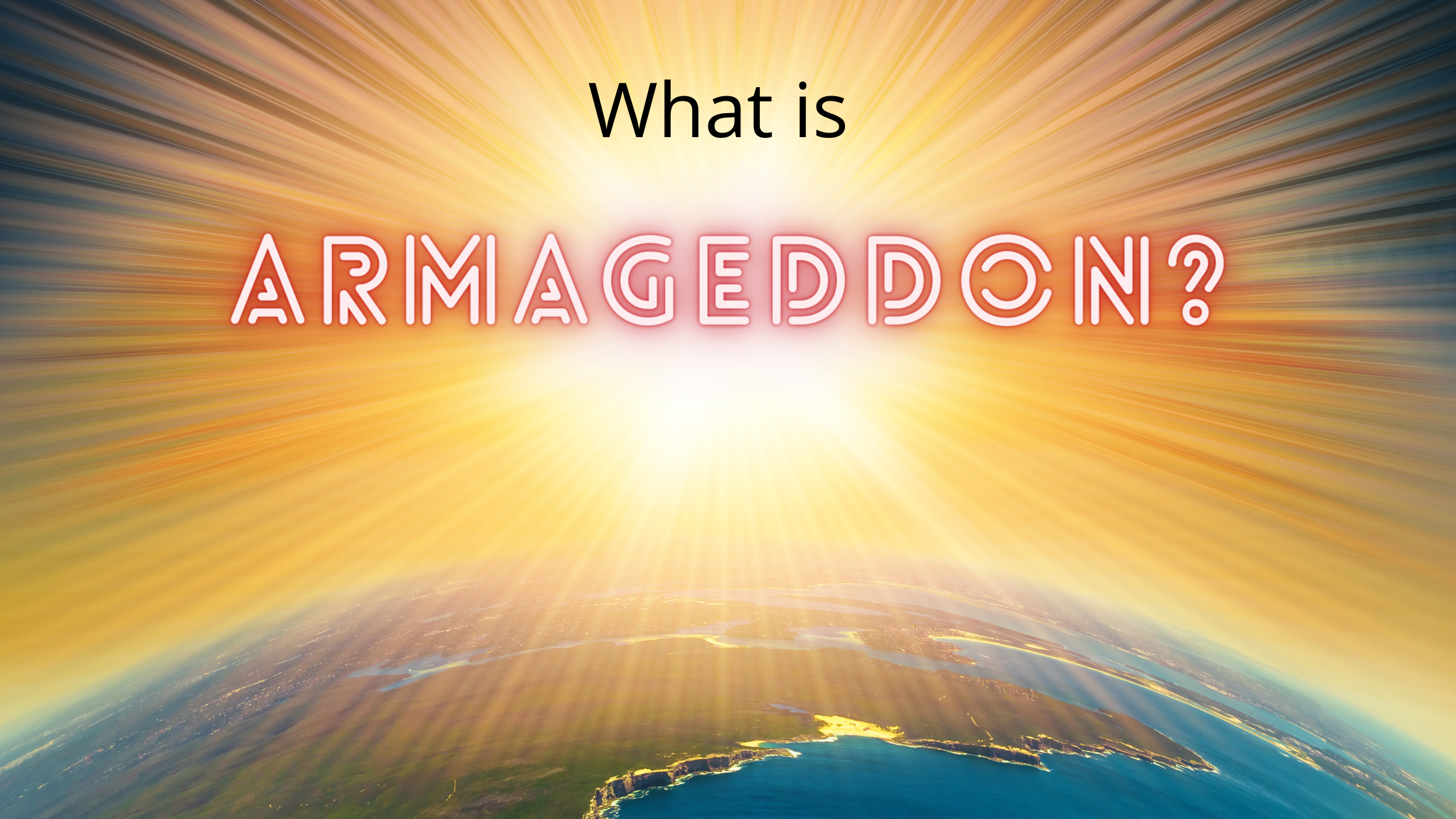 Most people are unaware that a number of words and phrases in the English language are derived from the Bible.

Such is the word Armageddon. When this word is used in the world it is more often than not linked to some form of disaster.

In recent times it has been used in national newspapers for the closing down of businesses due to the pandemic. The financial crisis which now looms on the horizon has been termed ‘Armageddon’ in the press.

However, when we look at the word Armageddon in the Bible we see it has to do with a place in the land of Israel. In the Old Testament it is “Megiddo” where many battles took place.

In the New Testament Armageddon is written in the book of Revelation chapter 16. In verses 13 and 14 we are told that different powers are influencing the whole world for war – “… to gather them to the battle of that great day of God Almighty”.

Then in verse 15 Jesus informs us of his return to the earth “as a thief”. “Behold, I am coming as a thief. Blessed is he who watches, and keeps his garments, lest he walked naked, and they see his shame .”.

Jesus will return unexpected, at a time when the nations are preparing for a conflict.

In verse 16 we read: “And they gathered them together to the place called in the Hebrew, Armageddon”. Armageddon is just outside the city of Jerusalem. This place being the centre where God through Jesus confronts the nations of the world who oppose Him .

Putting together the ideas we have gleaned, it is widely believed that:

1. Nations preparing for war, the centre of that will be based in Israel in Armageddon.

3. Jesus returns prior to the war.

4. Jesus warns the believer to get ready, for in other Bible verses it can be established that at his return the destiny for the believer will be determined. For example, the Apostle Paul wrote that the Lord Jesus Christ “… will judge the living and the dead at His appearing and His kingdom” (2 Timothy 4:1).

5. The outcome of this battle in Armageddon will be the subjection of the nations to the will of God, and at long last, the promise by Jesus in His prayer will be fulfilled:

Your will be done

World events indicate that Jesus could come at any time, ”like a thief”.

Are we ready for this awesome event?

All Bible references taken from the New King James Version.